CCTV surveys are great way of obtaining information that would otherwise go unseen. It is really the only way to determine the condition and to identify any defects or potential future problems in chimney flues, mine shafts, boreholes and certain underwater structures.

As an example with today's Health and safety regulations small boys up chimneys is generally regarded as unacceptable.

CCTV survey equipment is only really as good as the people using it. This is where Kamtek TV Surveys excel, our experience in obtaining the best picture quality, accurate video interpretation, detailed reporting, and camera deployment, gained over thirty years surveying is second to none.

Our HD camera systems are designed and built to our own specification by a well known CCTV inspection manufacturer. These camera systems are application specific, as an example our underwater cameras have a concave front port to compensate for the lens angle underwater, you would not use this camera in a chimney flue.

There are many recordings on the internet showing what is supposed to be a chimney flue survey. In our view the picture quality on view in these recordings is extremely poor, it follows that if the video is poor the report is also going to be poor, as we have seen on many occasions where we have had to re-survey. 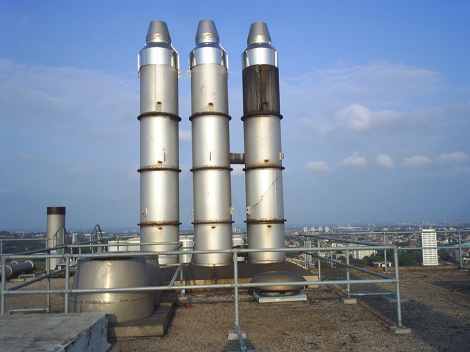